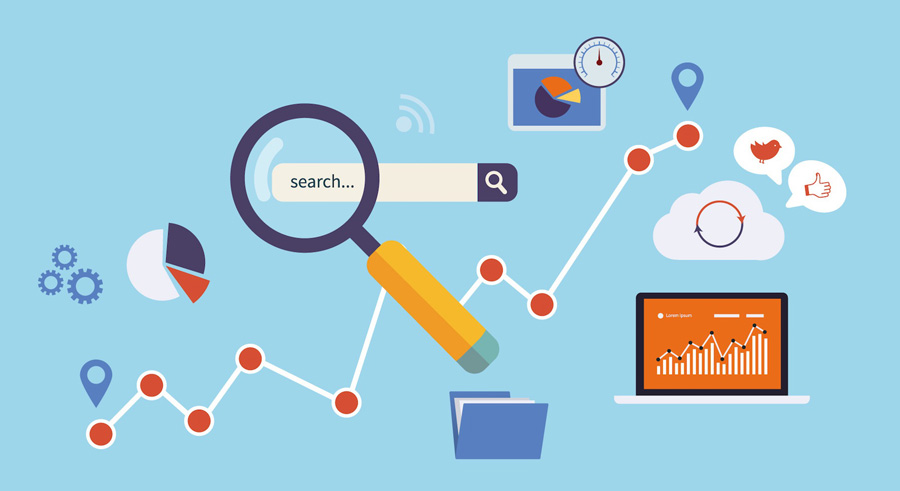 Ten years might not seem like a lot, but cast your mind back to 2007 and you might not believe how much has changed. Unthinkable, but this was the year the very first iPhone was launched – not to mention the year that brought the last ever episode of The Sopranos. You see – now it feels like ancient history, doesn’t it?

So it should probably come as no surprise to learn that just like everything else, the web has also changed beyond recognition over the years. It’s perfectly natural to forget just how crude and simple things were a while back – it doesn’t take us long to start taking things for granted!

You will be – check out the following four changes in web trends that illustrate just how far things have come in a decade:

First of all, the standards of website design ten years ago largely followed principles of dazzling the user with garish colours, flashy visuals and a mass of cluttered information. They basically existed to give the sensors a serious battering – the motto apparently being ‘the bolder, the better’.

Fast forward to 2016 and it’s quite literally the exact opposite. These days, minimalism and stripped-backed simplicity are all the rage – not to mention the most toned-down colour palettes to date. Rather than trying to win folks over with OTT visuals, it’s now a case of hitting them with stellar content.

Back in the day, websites represented relatively important and valuable marketing materials, but that’s pretty much it. They were a bit like digital business cards, used to spread the word and basically drum up business for the actual business itself. A decade ago around 3% of all sales made across the board happened online.

These days, it’s heading closer to the 8% mark and is accelerating like never before. Not only are websites now serving as highly important and active arms of the modern business, but thousands of businesses have gone all-digital – as in exclusively online. So while a website could once be a useful enough business asset, these days it could literally be your entire business.

Once again…the first ever iPhone. There’s one way of feeling like a dinosaur. But seriously, back in those days it was borderline impossible to imagine doing a great deal web-based with your smartphone. There were some crude browsers and low-powered devices available, but if you wanted to buy anything or do anything important, you fired up the computer. As such, businesses had no interest in optimising their websites for mobile.

These days…well, let’s just say there are more connected mobile devices on Earth than there are people – and that’s a fact. The majority of mobile users now conduct research via a mobile before making purchases and for the first time in history, mobile search traffic has overtaken desktop. Mobile wasn’t much of a priority 10 years ago – it is now!

Last but not least, websites of the past delivered the exact same experience to each and every visitor, regardless of who they were, where they were located, how they interacted and so on. Which meant an experience that was at least consistent, but not exactly personal.

As of right now, our activities are tracked so meticulously that websites tend to know both who we are and what we want, before we ourselves even know what we’re looking for. Targeted Call to Actions (CTAs) are known to have around 40% more power than those that are simply thrown out at random – just one illustration of the importance of personalisation. And of course, the fact that our mobile devices are literally following us morning and night means more data than ever before for business to inject into website personalisation.

For more information about the evolution of web design, get in touch with us today.